Quest Plus is for the treatment of parasitic infections due to large and small Strongyles, Ascarids, Pinworms, Hair-worms, Large-Mouthed Stomach worms, Stomach Bots, Integumentary Microfilariae and Tapeworms in horses and ponies. Same gel formulation as Quest – disperses well and dissolves in the horse’s mouth. Treats up to 600kg / tube. Store Between 15-30°C and do not freeze.

As with all de-wormers, it is recommended to use de-wormers with different active ingredients every time you de-worm your horse.  Also take into consideration that different times of the year bring different sets of worms and some de-wormers are better at dealing with them than others.

As a General Rule: 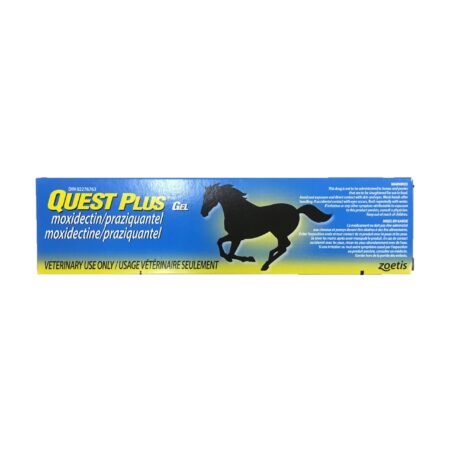